1. The Ten-Year Clock Stops with Service of the Notice to Appear

In order to qualify for cancellation of removal, you must have at least ten (10) years of continuous presence before you were properly served with your Notice to Appear (“NTA”) by U.S. Immigration and Customs Enforcement (ICE).

Your NTA is the charging document that begins the removal proceedings against you. In it, ICE must state why it believes why you are removable and must give you certain warnings about your legal rights and obligations. I often use the analogy of an indictment although removal proceedings are civil, not criminal in nature.

Many people who have been served with their NTA after 8 or 9 years in the U.S. are under the mistaken impression that if they just "drag out" their proceedings in court they can reach the 10 year requirement. Unfortunately, this is incorrect. Once you have been properly served with your NTA, the clock “stops,” and you can't count any more time towards your ten-year requirement. 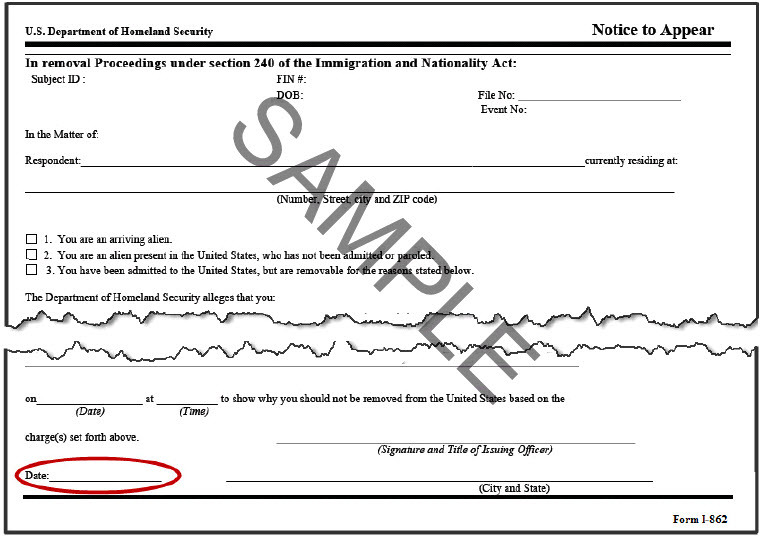 2. Your Continuous Physical Presence Ends When You Commit Certain Offenses

The ten-year physical presence clock may also stop for you if you commit an offense that is “referred to” in INA § 212(a)(2). Most commonly these offenses are:

3. The Effect of Your Absences on Continuous Physical Presence

It is possible for you to leave the United States for a short period during the 10 year period without breaking your continuous presence. You can lose that continuous presence if you are gone for more than 90 days at a time during that ten-year period. Keep in mind that even if your trips are less than 90 days you could still be barred if all your trips during the 10 years total more than 180 days.

4. Absences or departures under threat of deportation

Leaving the United States “under threat of deportation” will also interrupt continuous physical presence, no matter how long you were actually gone. This usually applies not only if a Judge previously ordered your deportation or removal but also if you knowingly took voluntary departure or were previously subject to expedited removal by ICE.

Cancellation of Removal: If You Have 10 Years in the Country